May 20,2013 Nov 30,2022
Non-Technical Founder? Watch this video to see how we can get you from idea to built, launched, early users and funded tech startup in a few weeks!

Helsinki as seen by Indian companies: Structured yet innovative and other contrasts

Last week, Helsinki Business Hub, together with PrEver Consulting and Business Finland, organized an event in Mumbai to showcase the possibilities of Finnish business and innovation environment...

The company sees itself as a startup enabler and prides itself in partnering with aspiring startups and SMBs (small to medium sized businesses) to launch large-scale websites that model sites already on the web, such as those in the crowdfunding, sharing economy, e-commerce, and vacation rental industries.

9 things to consider before starting up

Kunal shares a list of do's and don'ts for startups and entrepreneurs and explains why starting a startup or a business venture requires long-term technical, functional, financial and emotional commitment. He shares with the startup community 9 most important factors that he has personally experienced, and believes that a founder or entrepreneur should keep in mind before getting started with their startup journey.

India’s leading tech company that specializes in helping aspiring start-ups and small to medium scale companies launch their online presence, today announced the addition of new web products and platforms that are highly scalable to accommodate a diversified clientele.

NCrypted helps give wings to creative entrepreneurs by helping them launch their start-up and turn them into a full-fledged business. NCrypted is ideal for small and medium sized businesses.

Kunal Pandya, CEO of Gujarat-based NCrypted, which calls itself a startup enabler, says his company had licensed its vacation rental product BistroStays to the founder when Oyo Rooms was called Oravel.

Ritesh Agarwal reached out to NCrypted to buy BistroStays Enterprise license (an Airbnb clone) for OYORooms.com

The website Oravel.com (now OYORooms.com) didn't start with a kid, a laptop and an idea. It started sometime in April 2012 when Ritesh reached out to Pandya to buy a product called BistroStays Enterprise (an Airbnb clone).

BistroStays is an innovative airbnb clone script developed by NCrypted. It is a powerful vacation rental script that almost automates your day to day activities. The software is open source, robust and hence can easily be customized as per your requirement.

Now, it is possible to get Fiverr Clone built with the custom website clone development solution provided by NCrypted Technologies.

NCrypted honors pride to Rajkot in IT sector

The geographical boundaries haven't stopped Rajkot based IT company NCrypted Technologies, which has clients in the USA, the UK, Canada, Europe and 18 other countries worldwide.

Rajkot based IT company NCrypted has won IQC International Quality Crown Award at London as a recognition to its excellence in technology and innovation to quality.

NCrypted Technologies was awarded with the International Quality Crown at the BID Quality Convention in London. The company has made huge strides this year as a leader in not only its own sector, but also in India and the award proved an ideal way to celebrate the end of such a successful year.

NCrypted has honored pride to Indian IT industry

Kunal Pandya is the CEO of NCrypted Technologies, co-founder of MetroJoint.com Pvt. Ltd. and also a Leading Marketing Consultant of Chanakyas Consulting. He was the youngest to get elected as the Vice-President of Bangalore Web Developer Association.

Kunal Pandya is Co-Founder, Director - MetroJoint.com Private Limited - an Indian social networking website, which has over 44,000 registered members. He is also the Founder, CEO - NCrypted Technologies.

Metrojoint, according to its Mumbai based founder Kunal Pandya, is a hybrid of sorts between a social networking and a dating site. He got the idea while at a restaurant with Subhash (co-founder of MJ) when they chanced upon a group of collegians hanging out at a "joint". Thus, the online MetroJoint was created.........

NCrypted Technologies provides custom development solution for developing websites similar to some of the most popular web properties and websites on the net.

The latest trend in the field of web development is about developing website clones. Now, it is possible to get your own Freelancer Clone Script built with clone development solution provided by NCrypted Technologies.

US recession not likely to hit graduates

The US market has been consuming about 20.6 million barrels of oil a day (India and China use 2.6 million barrels and 6.9 million barrels respectively).......Kunal Pandya, CEO - NCrypted and founder of Metrojoint.com, states, “I think the US recession will mainly affect large corporations like Infosys and Wipro who heavily depend on the US market, and even a slight policy change in either countries can affect them.....

The forthcoming budget looks set to offer an encouraging offering to the IT investment region which would be replacing the STPI (Software Technology Parks of India) scheme, which is scheduled to conclude in 2009.......Kunal Pandya, CEO - NCrypted and founder of Metrojoint.com, says, “I think the FM should try to include mid-sized IT companies by providing subsidiary schemes or tax benefits..... 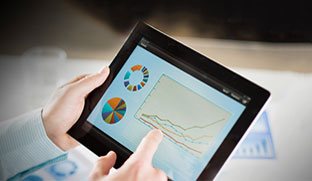 Just shared an inquiry and You?

We use cookies to enhance your experience. Learn more OK